We Are Testing The Waters For ReWheel – Reusable Energy Wheel – Crowdfunding Campaign.

(see the link to crowdfunding platform below)

ReWheel Already Owns Two Issued Patents in the US, as well as, Granted, and In Some Cases Still Pending Patents in Other Most Industrial Countries. 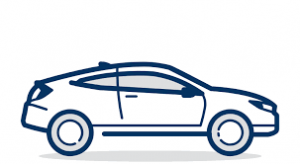 Not stoping here. No brakes matter was distracted.

The Energy is kept within the system of automobile.

Entire Kinetic Energy is lost (NULL) to stop at the light.  Lost into distraction of brakes.

It will need to be regenerated again from scratch to start moving on green light.

Wasting that energy on heat and destruction of brakes, instead of transforming it into potential energy, kept within the system of automobile, in order to later transform it back into kinetic energy, is against any logic, as well as offensive to our planet’s health.

Together we would join the fight against climate change, save energy, and redefine one of the oldest technologies – the technology of the wheel.

As a side effect of helping our planet, you will make a financial gain.  This technology allows for saving energy within any vehicle, and there are about 2 Billion of them on the road. Saving energy allows spending less at the gas and electrical charging stations.

The general consumers will purchase our devices for those two reasons – (a) to protect our planet and (b) to reduce their spending on transportation.

But most importantly, our efforts will help to sustain livable human creature conditions on the Earth.  We love our children and our grandchildren and the grandchildren they will have, and they need us to act now to protect their future.

We do not want to follow the fate of dinosaurs.  When all human activities will die with humans, the life may return to Earth after it has a chance to reset its climate and cool down, but the humans may not be there any longer.

A natural amount of CO2 is needed not only for the trees producing oxygen, but also to trap some of the heat from the Sun to make our planet habitable.

“Positive feedback” is defined in physics as a cause-effect that always ends in explosion – that is when output amplifies input, which amplifies output, and so on.    In that case the explosion will be getting rid of humans – no creature conditions will be there to survive on the Earth.  The Earth may hill itself, but without us, humans, and without our toys that we spoil ourselves with – the enterprises destroying the life on Earth.

Fortunately, we are not there yet, and with other technologies “taking a bite out of Climate Change”, we can do our part.

According to the 2021 report form the EPA, about 29% of caused by humans increase in CO2, which effect is in keeping Sun’s heat radiation in the Earth’s atmosphere, is generated by the vehicle pollution.  About another 32% is caused by electricity generation power plants.

We all should know by now that EV’s are not “Green” until all the electricity generation is “Green” (Wind, Solar, Ocean).

ReWheel – Reusable Energy Wheel – using no electricity or fuel to help accelerating your vehicle – a different and more efficient technology of regenerative braking – will save on average 28% of energy in a vehicle in a city traffic condition, and therefore reduce the 28% of the corresponding CO2 pollution.  While the city traffic is about 60% of all the traffic in the US, and higher in those places of the world with less highways, that represents a big portion of the CO2 pollution generated by vehicles.

Please see the following link.  We encourage you to add your part to this project. Join this revolution of the wheel, energy saving revolution, revolution in the technology of transportation.

We are not allowed to say in a post what would be your financial gain.  However, that information will be provided by the wefunder.com platform before you would get to either approve of dismiss your reservation in this important cause.

Prior to that you can already imagine your potential gain when this project succeeds with your help by a calculation involving the number of vehicles on the roads world-wide, which is in the order of 2 Billion vehicles.

But most importantly, please think of our children and their children.  We want them to be able to walk on the streets of their cities and not to melt from the heat.

We are ‘testing the waters’ to gauge investor interest in an offering under Regulation Crowdfunding. No money or other consideration is being solicited. If sent, it will not be accepted. No offer to buy securities will be accepted. No part of the purchase price will be received until a Form C is filed and only through Wefunder’s platform. Any indication of interest involves no obligation or commitment of any kind.