Where we are from

After coming to the US in 1979 Ben was trying to free his family, his brother, Roman, and their father, who were still in Leningrad, Russia. Their father died of a heart attack while trying to reunite his family in a free world. Roman with other refuseniks was demonstrating in Moskow - not exactly safe demonstrations.

In 1988 Ben went to Washington to meet with US senators to free his brother. Senators Bill Bradley and Frank Lautenberg wrote a colleague letter signed by 33 senators.

President Reagan had his own list of 100 separated families when he flew to Moskow to meet with Michael Gorbachev. Roman was freed to join Ben in the US.

The picture on the right: Ben is thanking Bill Bradley a few years later.

(The picture was sent from Bill Bradley's office) 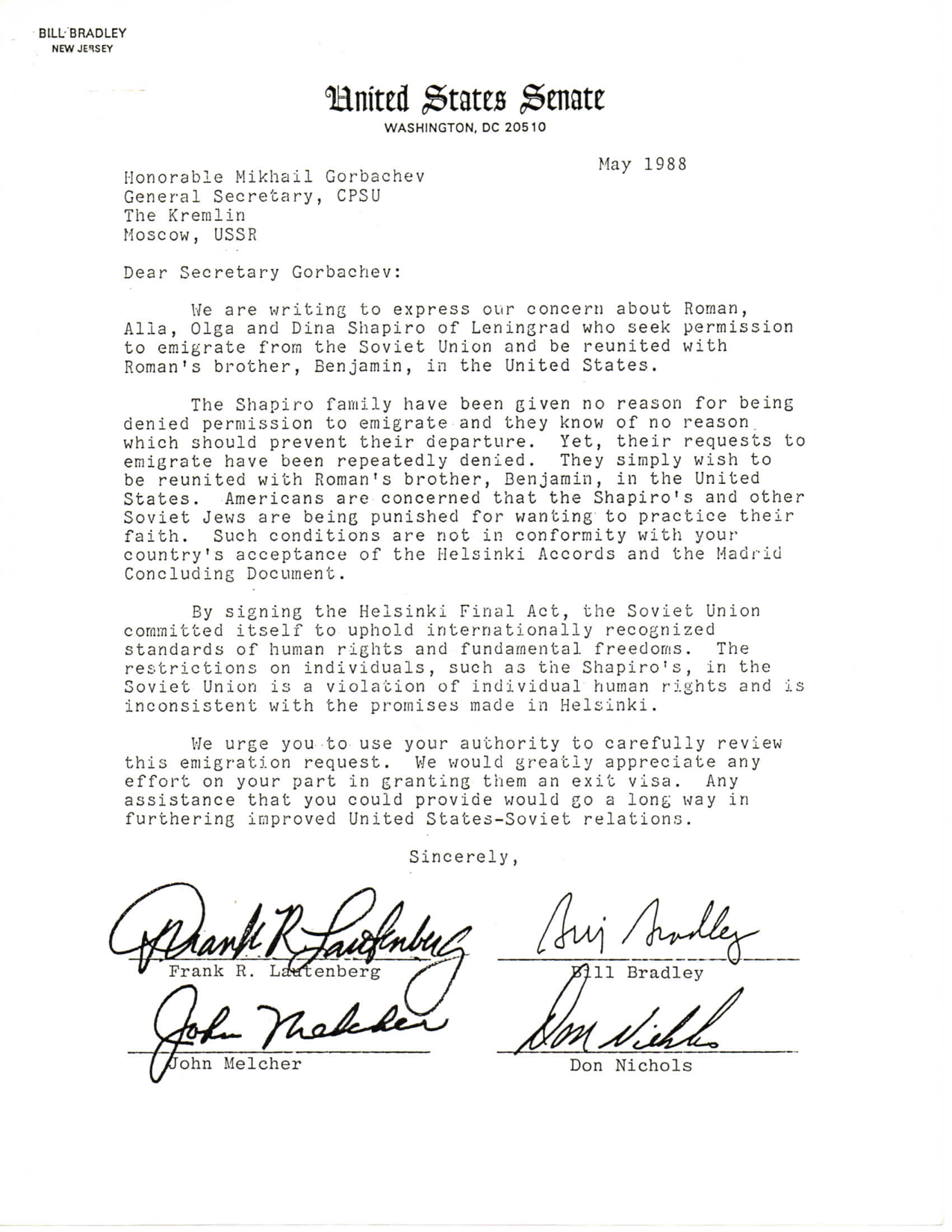 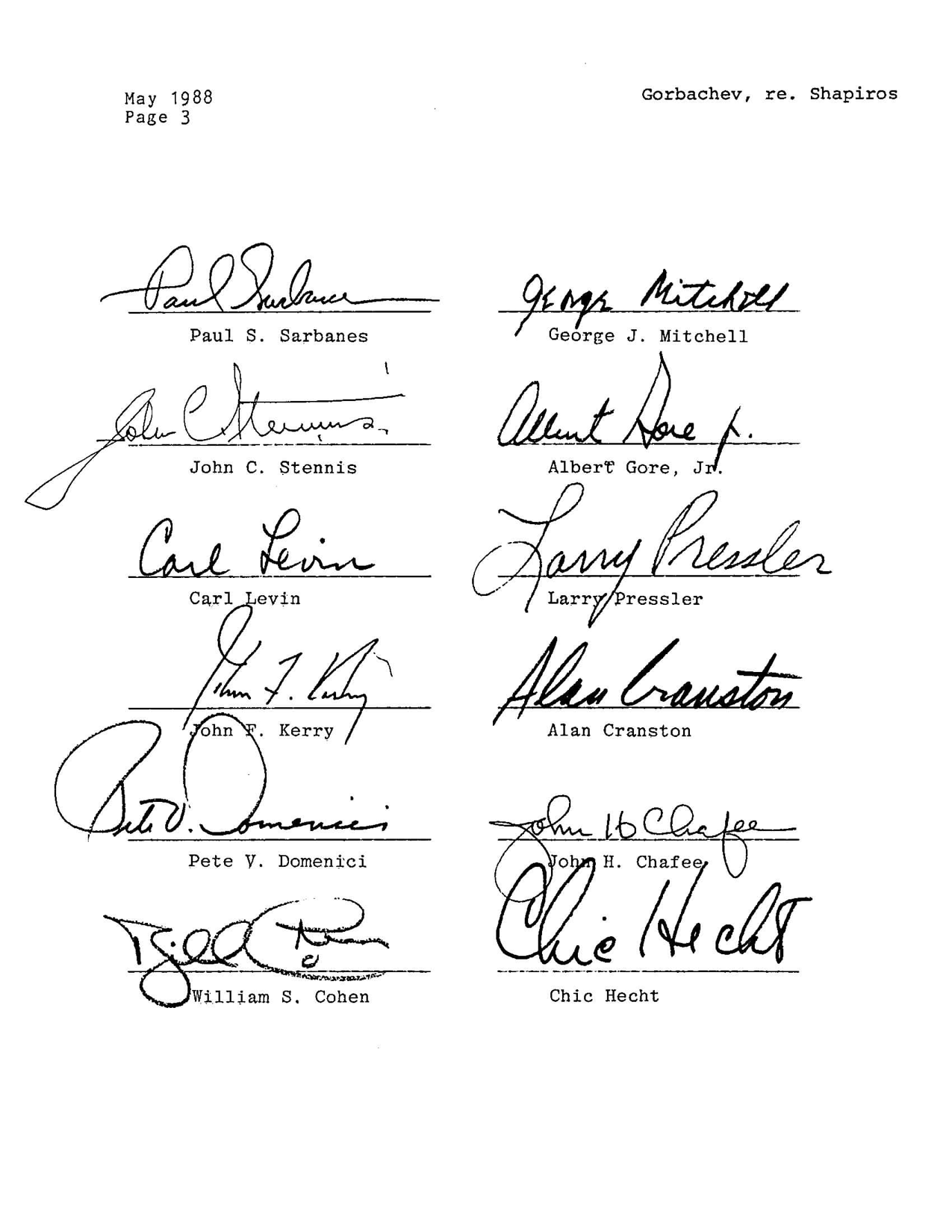 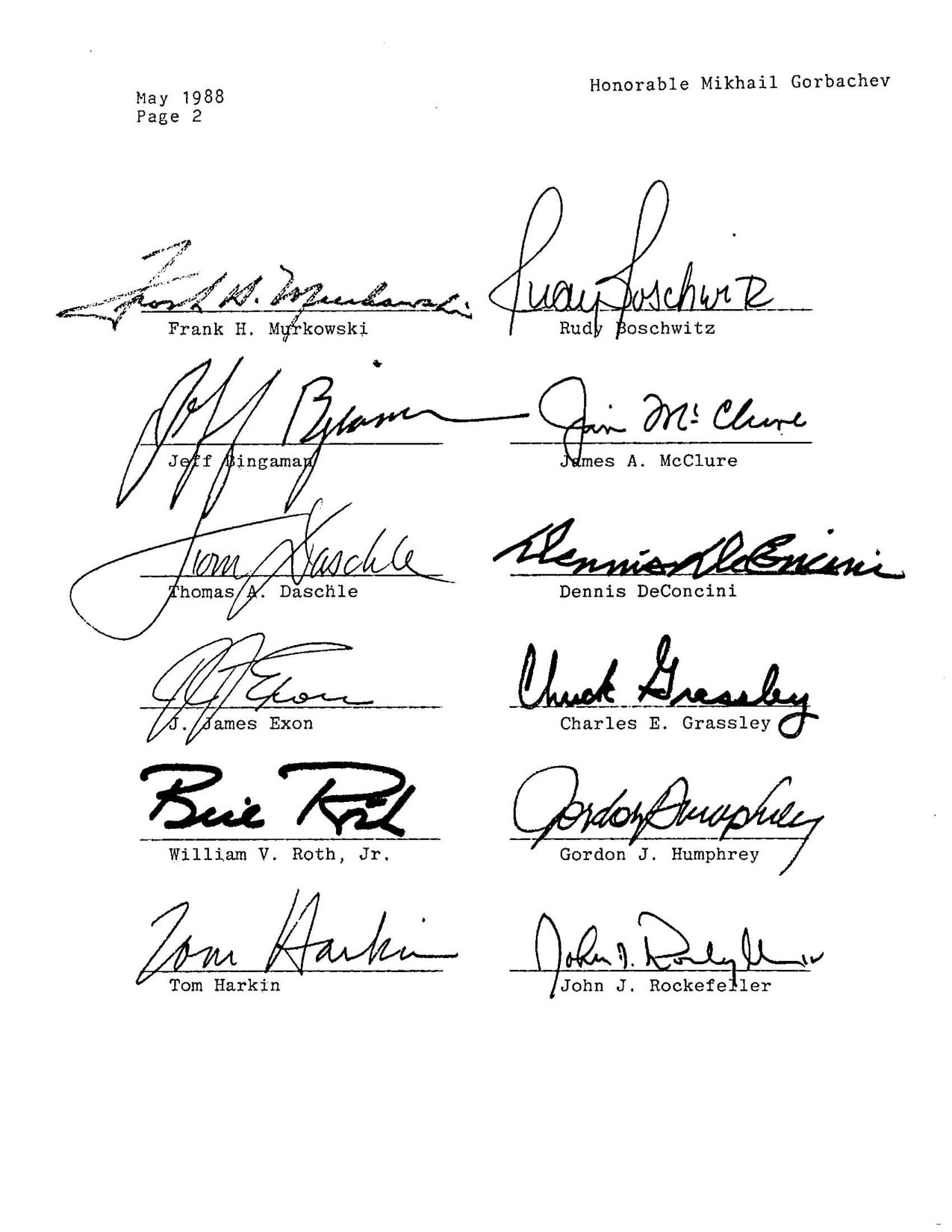 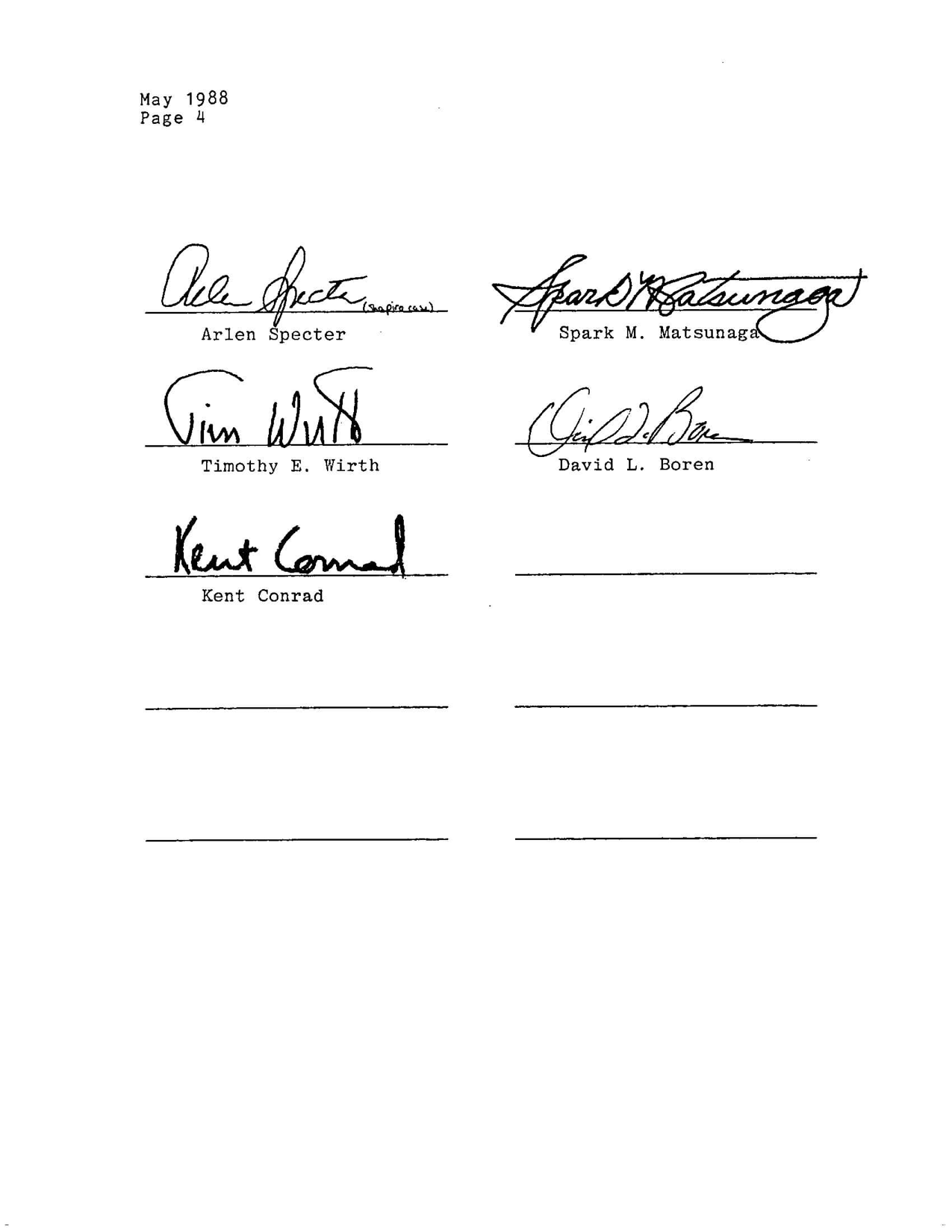